One of those writers is Cici Affini, who’s officially joining the ADM team!

The short story collection is available in our online store!

If you missed the Kickstarter, you can get the digital short story collection in our store. It contains a short story by Cici, plus stories from three other incredible writers!

Here’s what you can find in the collection: 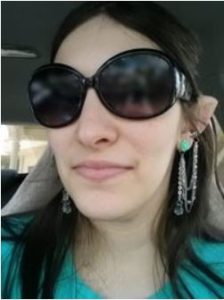 Like most kids in her high school, Cassie was born without super-powers. But just because she can’t shoot ice from her fingers doesn’t mean she’s going to let herself be bullied by the only Chimeran at school. Cassie doesn’t need powers to be extraordinary but taking matters into her own hands comes at a price that affects not just herself, but the people she loves.

Cici (@caffinicomics on social media) has been around unofficially as part of the Attic Door Media Family as our secret weapon since the beginning, but she’s ready to move out of the shadows. She’s the writer of MythFall, a sci-fi/fantasy comic that is coming to Attic Door Media this year. Expect more exciting updates about this project in the coming months! 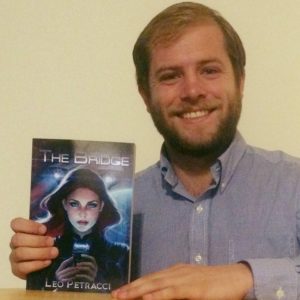 Days Gone By by Leo Petracci

Have you ever wished for more hours in a day? Felicity can speed up time in a small bubble while the rest of the world idles. Powers like hers are always in demand — and highly paid. But there’s a hidden price to her abilities, and someone has to pay.

Amazon best-selling author Leonard Petracci specializes in exploring unique sci-fi or fantasy concepts and expanding them into fully realized stories and novels.  We are so thrilled to have Leo on board! You can check out all of Leo’s books in the Amazon Kindle store or on his website. 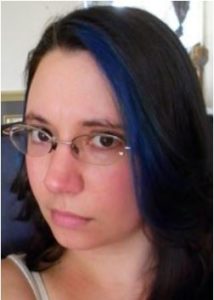 Hannah wasn’t supposed to be a Chimeran. As a kid, she had high expectations, but her powers never appeared. Now that she’s a senior in high school, she doesn’t mind being “normal” as long as she gets to run track. When her late blooming abilities suddenly threaten her place on the team—and her college scholarships—Hannah has to decide what’s worth more: her integrity or her future.

Alethea is a copywriter by day and creative writer by night. Between her love of SAGA, Heroes, and the MCU, she’s no stranger to superheroes. Follow her on Twitter or Twitch where she streams on Mondays and Wednesdays. When she’s not writing fiction, she’s hard at work on her blog Pretentiousness and Narcissism: The Blog, in progress. If you want her to finish her blog faster, drop by her Kofi account and say hello. 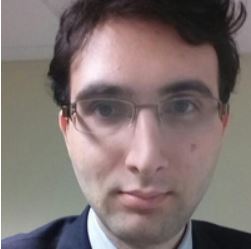 Hearts and Minds by Daystar Eld

Vanessa is a crisis counselor for at-risk children who loves her work. But she hides an unregistered Chimeran ability that could put her career in jeopardy—even if it helps the kids she works with. Vanessa’s latest client is a teen girl with a secret of her own, one that will test Vanessa’s lifelong commitment to her work.

Damon, who writes as DaystarEld, is known for his work in the rational fiction community. He writes the serialized fanfic, Pokemon: Origin of species, which is a realistic take on the Pokemon setting and its philosophical and moral complexities. We could not be more excited to see him bring his talents to the world of Incident Report!

Check Out the Short Story Collection in Our Store!

Check out the short stories collection in our store. (It’s only $4.99 for the whole set). If you liked them, leave a review — or drop us a line and let us know which was your favorite!

Check out the short stories!