Welcome to part three in our creative process chronicles! If you missed part one you can find them here and here!

We’ve said before, but Incident Report has been around in some form of bits and pieces for years. Because of work ans school schedules it took us a long time to discover our process.

While characters had been well established, deconstructing plots proved to be more of a challenge. We knew we had something to say but finding it was proving difficult. An early break through came, surprisingly, in the form of a script Brian had to write for school. A film skit made the world more accessible and gave us a a jumping off point. By taking a step back and building from the ground up, we had finally found what we were after.

Suddenly, all our free time was spent exploring and refining our world. We knew now that we wanted to address some real life implications of powers manifesting. Not in a boom-pow way, either. Well. Not always.

Parts of Brian’s film skit live on. One of the most memorable bits was a flying toddler wearing a harness and leash, like a balloon. 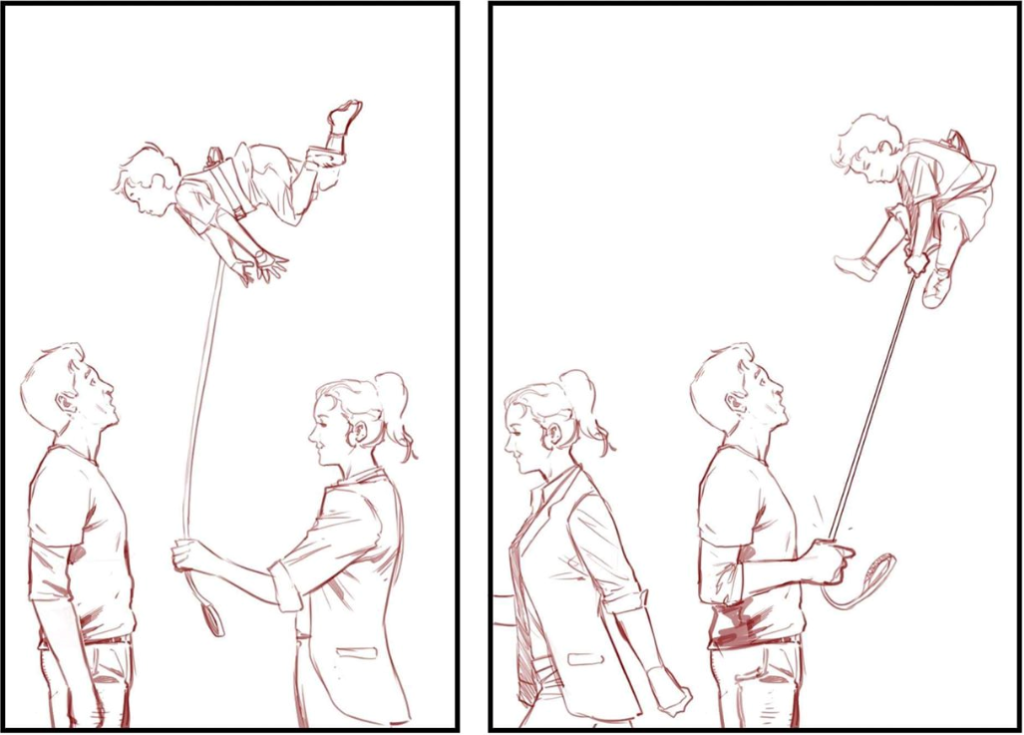 This one moment of hilarity in college became one of our most anticipated panels. It replaced our original cold open late in the game. Moving the scene around gave us some trouble but but it also gave us a lot insight to our process.

This had become a new cornerstone for us, something to touch back on. It gave us a new way to challenge ourselves and what we wanted to say. Sometimes it was in front of our computers, sometimes we had actual whiteboards. But now we were moving forward and getting these new sketches from Ryan meant only one thing.

It was time to keep moving forward.